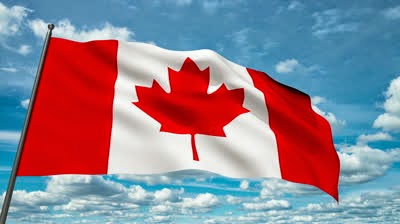 There are several ways to make decisions in life. My type of personality would generally rate the rational approach above the more emotional attempts to get to a conclusion. Normally I would do a risk analysis, talk to people who’s knowledge and opinion I respect and I would draft a list of all the pro’s and con’s before making a decision or even pursuing an opportunity further. The past four decades this strategy has served me well and I never ended up in situations without at least a clear picture of what I intended to get out of it. Until now.

In December our Canadian practice reached out to our team to investigate whether one of the sourcing consultants would be interested to come over and support them. The initial idea was about an assignment for two years. It’s the kind of idea that normally wouldn’t survive rational planning and objective decision making. But it just felt right. So I asked for some additional information and carefully checked with the family how they would feel about me being in Canada for some time. Or if they even would be willing to join me.

One month later I am arranging the practicalities: the contract between two firms is in place, tax implications are being investigated, ticket is booked and housing is almost arranged for the next six months. Same brand, similar people and similar work but at the same time this might become a life changing experience. People ask me what I expect from it and to be honest, I haven’t given it much thought yet. Every story about Canadians confirms they are the nicest people in the world so what could possibly go wrong…?

Toronto in the winter might be a bit cold. But as the commercial below shows, that will not be an issue. I’m looking forward to the next steps and will use this blog to share my observations and experiences. Canada, here I come!

Robotics: can your work be automated?
Scroll to top