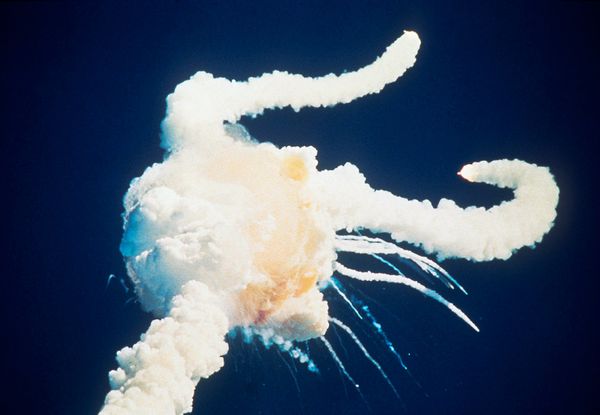 Recently a TV Movie ‘The Challenger Disaster‘ was released about the investigation into the explosion in 1986 of the space shuttle Challenger. The story focuses on the contribution Richard Feynman made to the Rogers Commission that investigated the disaster. It provides interesting insights in the issues risen from a complex governance and the differences in perception between engineers and managers. The lessons learned are very much applicable in today’s complex multi-vendor sourcing engagements.

Richard Feynman was a well known physicist who participated in the Manhattan project. Later he won a Noble Prize in Physics for his work on quantum electrodynamics. He was one of the members of the Roger Commission to investigate the Challenger disaster. With his scientific approach he proved to be an independent spirit in the process. At one point he threatened not to sign off on the conclusions in the end-report and ended up writing a separate Appendix with his own conclusions.

The technical side of the story is about viscosity in O-rings not sealing off completely at freezing temperatures causing ignition between the solid fuel rockets and the main hydrogen fuel tank. Feynman adds a shocking insight in the decision making processes and risks assessments at NASA. In some cases diluted version of assessments by engineers ‘on the ground’ found there way into management reports; in other cases management ignored actual data and used successes from the past to underpin desired results.

When Management and Engineers disagree, there is a problem

Obviously there is a need to consolidate and summarize information when providing reports to management. It is impossible for decision makers to process the full level of detail available. Only in hindsight it becomes crystal clear what data might have given the best insight for the right decision. The basics must be right however. As Feynman summarizes it at the end of his contribution:

“Let us make recommendations to ensure that NASA officials deal in a world of reality in understanding technological weaknesses and imperfections well enough to be actively trying to eliminate them. They must live in reality in comparing the costs and utility of the Shuttle to other methods of entering space. And they must be realistic in making contracts, in estimating costs, and the difficulty of the projects. Only realistic flight schedules should be proposed, schedules that have a reasonable chance of being met. If in this way the government would not support them, then so be it. NASA owes it to the citizens from whom it asks support to be frank, honest, and informative, so that these citizens can make the wisest decisions for the use of their limited resources.

For a successful technology, reality must take precedence over public relations, for nature cannot be fooled.“

For anyone involved in complex decision making processes and risk assessments in technical environments, the Appendix F added to the final report by Feynman is a must-read. Alternatively we can now watch the movie as well.

P.S. Feynman himself was kind of modest about his contribution as he shows in this interview.

Chocolate factory: a filter for consultancy talk
Scroll to top