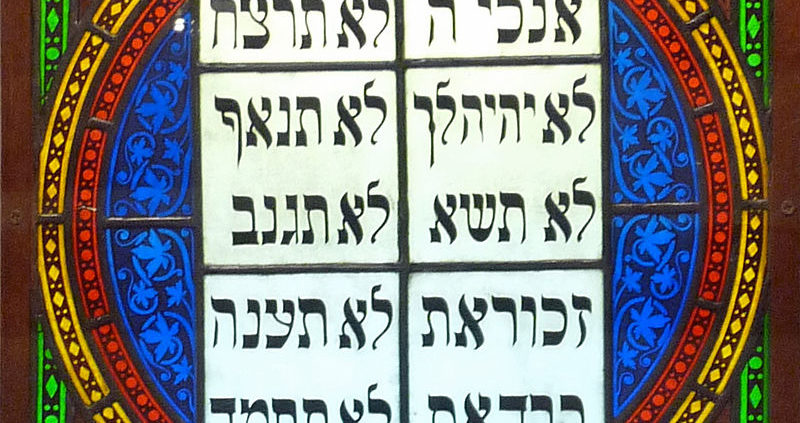 In most countries with a Jewish and/or Christian tradition, the ten commandments are a known entity. These rules were supposedly given by God himself to Moses who subsequently managed to break the stone tablets on which he carved them so he had to do the inscriptions twice. And although we have been comfortable with only ten commandments for several millennia in a row, recent research by Management Consultants has identified not only an eleventh but even a twelfth commandment. I will explain what they are and why we should quickly dispose of them.

As Management Consultants we are privileged to discuss with clients a broad range of issues and challenges in a wide variety of industries. More often than not we can help our clients by advising them with exciting ideas on how to change their processes or their go-to-market approach in a way that improves top-line growth or bottom-line result. Change however is never easy, especially when it includes changing the habits of people so when implementing our advice we tend to find a great deal of opposition.

Some of the resistance is well thought through and helps us together with the client to improve our advice further and optimize the way to implement it. In other cases stakeholders have a clear reason to oppose against any new idea since it conflicts (at least at first sight) with their own personal interest. But there is always that category of people that doesn’t need a clear reason to avoid change. They seem to abide by the eleventh and twelfth commandment: ‘Do as your predecessors have done before you’ (11) or ‘Do what anyone else does’ (12). And with those arguments they are quite successful in inhibiting change and thereby progress.

These two commandments seldom pop up in the above quoted form but they do have a wide range of appearances. The 11th can be found as ‘The founder of this company himself suggested it like this’, ‘That’s the way we teach it to any new employee’ or ‘That has always been the way directors have been selected in this company’. The 12th seems to be a bit more subtle but hardly less persistent shown by examples like ‘But the insurance industry is a different kind of industry’ or my personal favourite ‘That’s a generally approved best practice’.

Someone said that if you keep doing the same things the same way there is no reason to expect a different outcome. And if there was no reason to change the outcome you wouldn’t have called in any external advisor. Obviously serious feedback needs to be taken seriously. But disguised commandments should be challenged until exposed for what they really are: false arguments to avoid change.

Optimizing your SLA or managing a watermelon
Scroll to top